Junior and I enjoyed reading 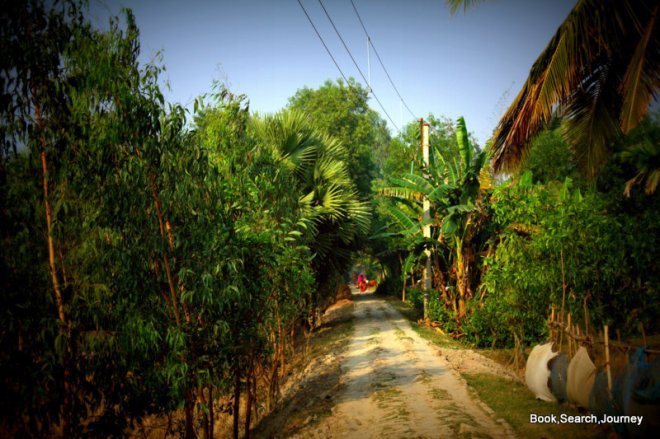 In response to Photo Challenge : Look Up!!

In response to Photo Challenge ‘Partners’ -Whether two of a kind or ten, give us subjects that are in sync with one another — show us partnerships.

It’s mid March already. I have written ONLY one post this month.

I intended writing many more. Now and then, I clicked on the little ‘new post’ icon and  fervidly typed in a few lines.I found  what I wrote- too personal,too private- a reflection of my current emotional state. I found them silly,embarrassing. I did not publish them.

My father is sick, very sick. I’m trying my best to prepare for the tough times to come.My mind is a muddle. My thoughts are fleeting between happy childhood memories from the past and tough situations that I will have to deal with in near future.

How  does one write in such a situation ? How does one insulate ones’ writing from his inner turmoil ?

Did you know that 3rd March was World Book Day ? I didn’t.I read about it in the newspaper today.

I immediately checked the Amazon website. We know how much online retailers like celebrating ‘Mother’s Day’, ‘ Friendship Day’,’ Valentine Day’ and like by offering heavy discounts on products. I didn’t want to lose any golden opportunity to horde books. A quick check on their website confirmed that there was no such  ‘ super-happy-deals’ this time. Disappointing.

Did Amazon not know that 3rd March was ‘World Book Day’? Or did they chose to ignore it?

Anyway, I decided to go ahead and celebrate the day by doing something bookish.

How about a sneak- peek into Junior’s reading world? 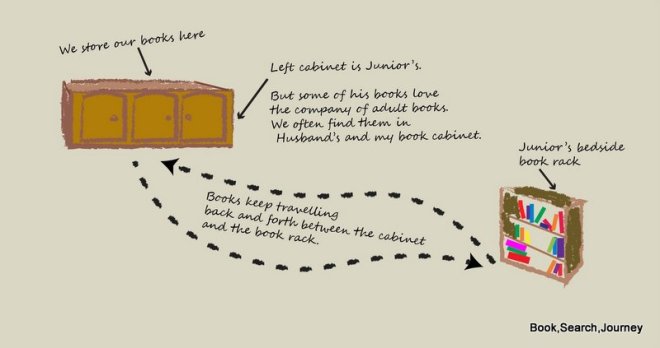 After a whole day of scribbling on the notepad and staring at the laptop, I came up with these- 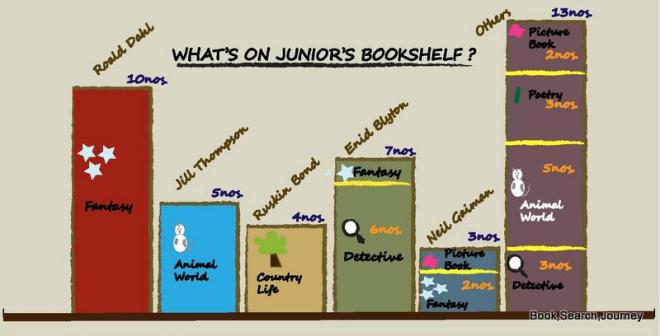 The bars and charts, did not throw me off my seat. I already had an idea of what the results would be like.

Favorite Author- Roald Dahl, as expected, still on top of the list.

New Interest- Detective and mystery stories. Too many Famous Five and Secret Sevens on the shelf.

Surprise- Picture books, like Wolves on the Wall, The Incredible Book Eating Book, still on the shelf.

It was a fun filled, thoroughly engaging activity.

I’m eager to know what’s on your bookshelf ?

In response to WordPress Photo Challenge: The State of Mind-This week let your inner world and other world converge.

In response to Daily Prompt: Drawing a Blank -When was the last time you walked away from a discussion,only to think of the Perfect Comeback hours later? Recreate the scene for us, and use your winning line.

Drawing a blank – that’s happening quite often in my life, nowadays.

Just the other day, Junior and I were watching Kung Fu Panda on TV, munching away on chips, when the realization that I was binge eating struck me.( It must have been the ‘eating Monkey’s cookie’ scene: Po sitting high on a kitchen rack,stuffing almond cookies in his mouth and sheepishly telling  Shifu:”Don’t tell Monkey.” )

I thought aloud, ” I’m putting on weight.”My fingers pinched the flab around my waist. “I need to go on diet immediately.”

“You’re going to give birth Mama. You are going to have babies,” pat came a comment from Junior. He didn’t bother to look at me.

I almost choked on a chip.

“I must tell it to husband when he comes home from work.” I made a mental note, and tried my best not to laugh.

I nudged him.” Do you want a baby brother or a baby sister?” I egged him on.

This time he looked at me, nodded his head and said, matter-of-factly :” You don’t have a choice Ma.Chromosomes decide that.”

I quietly slipped out of the living room.

Is it time for the ‘birds and bees’ discussion?

What’s your story ? How did you discuss it with your kids ?

Have fun watching this video!!

In response to Daily Prompt: Shape up or Ship Out-Write a letter to the personality trait you like the least, convincing it to shape up or ship out.Be as threatening,theatrical or thoroughly charming as is necessary to get the job done.

You stormed into my life multiple times this month.Your presence made me feel uneasy.Yet, for old friendship’s sake, I let you in. The truth is, the uneasiness continued even after you had left. I had to take corrective measures to feel normal again.

I won’t have noticed the extent of the damage you caused, if it had not been for my bank account status-this month, it  has reached a record low.

To take a stock of the situation, I noted down all my expenses for the month. The result was shocking.

I spent  too much, way too much, on rectifying the havoc you caused.

My expense list is ,here, for you to see:

My friend, you know me well. You know my financial standing. Nurturing our relationship is becoming a burden for me.

Request you to spend more time with folks who can afford your companionship.

In response to Daily Prompt Mad Libs : Turn to your co-workers, kids, Facebook friends, family -anyone who’s accessible-and ask them to suggest an article,an article and a noun. There’s your post title! Now Write

I looked towards Junior’s room. I knew there was considerable risk involved here- Junior’s creative brain could come up with a weird noun, and pair it with an  even weirder, unrelated adjective.

I called out to him,anyways. He came skipping into my room with a toy helicopter in hand.When I told him about the deal, he looked excited. I smiled;I was sure the noun would be ‘helicopter’ .

I debated whether I should ask him for an alternate noun-adjective combination.

“But won’t that set a wrong example? ” the mother in me argued.

I gave Junior, who was standing expectantly by my side, a thumbs up. Pleased, he scooted off to his room.

I had no ‘cat story’ or ‘fat cat story’ to share.  So I decided to try out something different : to make a list of all the things in my house that are related to cats. 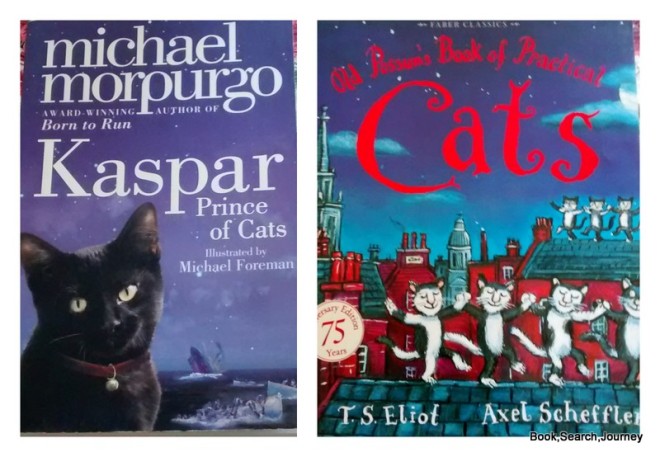 That pretty much explains the choice of the noun, I guess.

But Fat?I flipped through T.S Eliot’s Old Possum’s Book of Practical Cats and found BUSTOPHER JONES: THE CAT ABOUT TOWN

‘Bustopher Jones is not skin and bones – 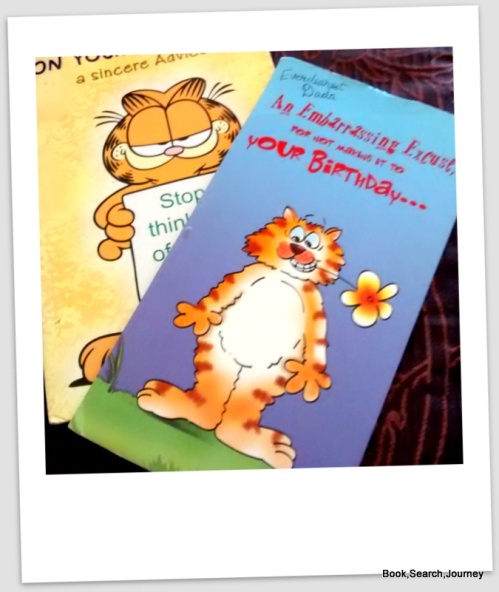 Whoa ! Is my husband a ‘ cat person’? I didn’t know that. Point noted. 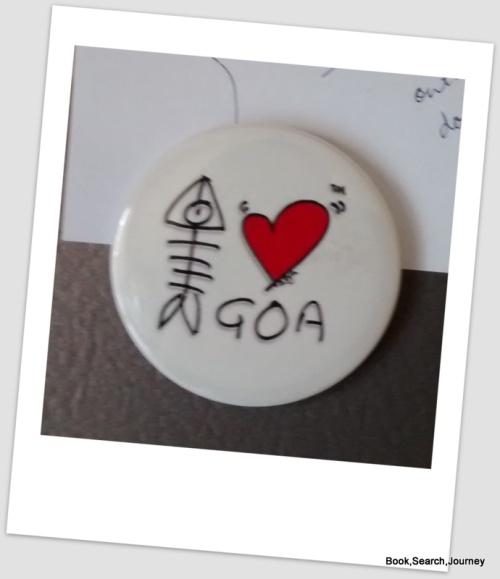 Love to all cats and cat lovers 🙂 🙂

Give your newer sisters and brothers-in-WordPress one piece of advice based on your experiences blogging.If you’re a new blogger, what’s one question you’d like to ask other bloggers?